39 replies to this topic

KiraQuest Says : Here is your Unique Start and End Image for your Game review for your character, HenriPlay

KiraQuest says: Here is your Unique Start and End image for your Game Review for Character DarkDumbledore

KiraQuest says: And here is your Unique Start & End Graphic for use in your Game Review for your main Character Nikolaa.

KiraQuest says: Here is your Unique Start & End Image to integrate in your video Game Review for character : Suttekh

Note: Original Post from this Moaning Minnie has been removed since it is Off-Topic but a response was called for.....

Honestly. The world is not playing US server, we dont need this type of contests like what you waiting for? Honestly, im not going to edit and record a video for getting some premium and insignia. We need more players here!!! Doing Arenas is hard you need to shout "Arena lvl x+ " for minutes or hours to start and not talking about BG´s doing them is just a miracle. Dungeons are dead places, same for PVP zones. Look at the amount of players at russian servers and they have 3 servers!. When they mixed European server and this one everything got ruined.

i mean, i love this game but only by taking a look at russian server makes you feel bad. We need constests that actually attracts new players. Come on!!! Daily Picture constest was annoying, love story constest was the same BUT editing a video???

I apologize but i dont see that " The World is playing" thing in here.

Perhaps you do not appreciate that the Main, nay only, Objective of Screenshot Contests and also this Video contest is to get players to create exciting and original content that can be legitimately be used to PROMOTE Royal Quest on Social Media so as to generate interest from new players.

Granted this might leave you 'annoyed' but frankly it is an irony since you have participated in many previous competitions we have run and won more than once !

I will look forward to not having to see or judge any future entries from you. 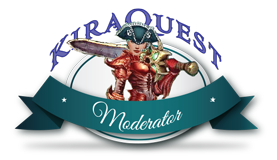 I knew i would get a response like that.

I will just take a look at Mortred´s post and all the entries.

Waiting to see the winner, thats a lot of in-game content. This game have so much to offer!!!  but.... i will stop here.

I am waiting for good videos from all of you, All the best for everyone and make a good one out of it

You should create your own video, not use fragments of the official RQ trailer. Not mentioning subtitles that should be English according to the contest terms. Sadly, the entry is not valid.

edit: audio was fixed (also my mic isnt high quality so i might sound funny)

The contest will go until 13th April, Thursday (meaning to end before scheduled maintenance)

What?!... (hurrying to re-read the first post in the thread)

Oh my God you are right your Evil Majesty, and I have to apologize for this misunderstanding.

Reminding: only 5 days left (and thank you Elsa I am way way way late with my entry, If KiraQuest can find the time to make  me a start & end image.... maybe I can join in the fun

KiraQuest Adds : Of course, here is a link to your Unique Start and End image for your character, LadyFaith

This is my Review Video. sorry for my voice

The contest is ovet, Our heartfelt thanks to all participants. Please wait for results. This may take some time

Also tagged with one or more of these keywords: royal quest, review, video, video contest, birthday