Patch 1.1: Mysteries of the Solo Manor

26 replies to this topic

The game client has been upgraded to the version 1.1 : Mysteries of the Solo Manor

The Solo Manor is opened!

The Inquisition's previous fears have come true: the cursed mansion's gates have burst open and its inhabitants are ready to emerge from there! Traces of their presence are being found everywhere: victims killed, bitten to death, totally drained of blood.

Still we did not waste time collecting information about the Solo Manor.

Valorous defenders of the Elenia Kingdom are called now to face off Morra's minions and stop their ruthless attacks on surrounding grounds!

You are challenged to unravel the dark secrets of the bloodthirsty Solo clan, come to know the inhabitants of the sinister Solo Manor and thwart their plans. But… you will need to get inside first off.

The new dungeon designed for party walkthrough (8 players maximum) has been added to the game. The dungeon consists of three maps.

The Arcon-side entrance takes you to the long spacious corridor going up to the Solo Mansion itself. The interior of the mansion has become decrepit as time passed but tumbledown ceilings and walls are far less dangerous than its current inhabitants.

The magnificent but neglected park is densely-populated with dangerous creatures, just as neighboring territories. Right now you can get there only from the Solo Mansion.

The entrance to this sancta sanctorum of the Solo clan is guarded by an Arconian Stone Beast. Solo Clan members reside here with their attendants - as well as a mysterious and powerful visitor who arriving not long ago, with his entourage. What brought him here, to the Solo Manor?

Paying visit to the Darkness' Lair won't be a walk in the park of course. Daring adventurers will encounter:

But the most devastating powers are reserved for the bosses themselves:

Bravest ones will be awarded!

Science never stands still. Master Craff has succeeded to obtain secret recipes for "Blood Resonators" that allow you to enhance your weapon's stats for a certain time period.Perhaps he is willing to share his knowledge?

New goods in the Premium Store

Also your character may be resurrected by other players using Eltane Flowers.

Other changes in the game

Following descriptions have been brought to a common standard style:

Stop the Evil, you who is not intimidated by ominous shadows of Morra rising over Elenia! Aura bless and help us!

Please mind that new promo goods will be added to the Premium Store a bit later. Be sure you will see them soon

Touche or not touche

To say or not to say

Living through this pointless craze

Till the dusk of my last day

At the very last dredging tides

At the end of the guns and fires

That'll be my time

Will be just one line

That effect that the "Card Of Felur" gives should be a warlock skill. Being able to use necromancy to summon skeletal minions. I can't wait to test out this patch. Now I cant wait for the "DK nerf". Make our fury rush fire build viable again! Great patch though 😊

The dungeon drops based on each class is something good.

Don't Try to PLAY crazy with me

I'm ALOT  better at IT

very nice. i wish i could play today

Enya just in the finish of solo mansión T_T

restar of server when we almost at the end of solo manor x.x

Finally the patch has arrived, unfortunately i currently no longer able to play, but i will keep my bless to Royal Quest and the rest of elenia for having much of luck and ice. Good game and keep up the good work. #HailWarlock

Cannot connect to the login server... .-. 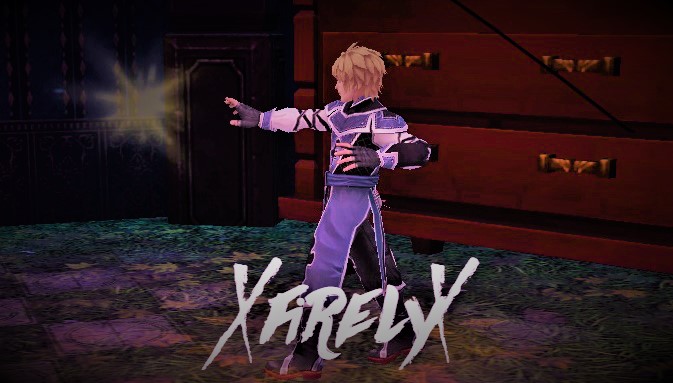 The dungeon is hard but doable, just need to be patient, but to low geared people i`d say it`s close to impossible to make unless they`re ready to spend hours there. Tips i can give:

We took almost 2h to complete, this because we didn't cleared all maps and went straight to the bosses, there was a moment when people had to leave and we had to wait and invite more and help them to get at the point we were.

Yeah for us it took close to 3 hours cause of the same issue, but we cleared alot more then was needed really

The final boss is pretty crazy though

Also id like a full list of the cards that drop (at least all the boss cards), if they are somewhere to be listed already, nvm

Also id like a full list of the cards that drop (at least all the boss cards), if they are somewhere to be listed already, nvm

is it a mmorpg? go find out wtff!! HUNT FARM ITT!!

Suit and decoration are the best they have maden

the dungeon im not sure since i have not made it yet but sounds nice to do and not impossible.

new gears are not too weak and not too broken which is perfect !! some of them have a ridiculous stats but yet not too weak (-10hit,-100hp each attack or skill [ wtf ])

the new Potion that come  with the new suit, that can be equiped in weapon is INSANE. they have to create more with other stats, the recipe of it its hard but the potion is good so... its balanced

Also tagged with one or more of these keywords: news, update, solo clan