40 replies to this topic 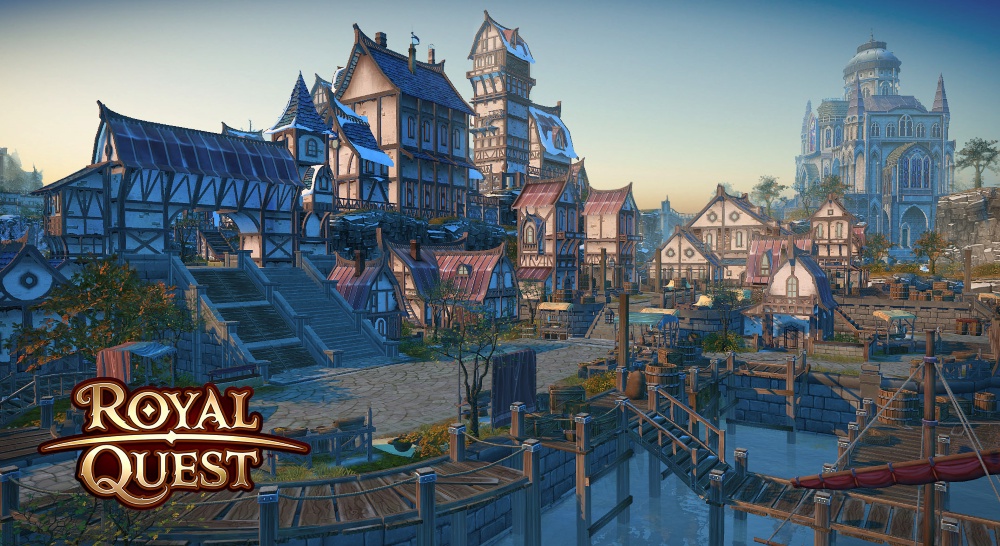 Previous news concerning the planned development of classes up to 65 level has been outmatched with the information about changes in certain monster cards. We are deeply grateful to everyone who gave their opinion regarding this matter. Taking into consideration players' feedback among other things developers have brushed up the concept of card changes. Time has not come yet to provide the full list of cards intended to change - but we can already tell you what will be changed and why.

Why change anything in the first place?

The system is far from perfect. Some cards are too omni-purpose, too powerful in themselves. All players, irrelevant of their class or build, yearn to get them. These cards have no analogues now and will not have in future: new cards equal in power or more powerful, can't be implemented without breaking the game balance.

Some other cards are quite useful but drop from weaker monsters. Low-level maps teem with farmers who deprive newbies of experience from these monsters. Also, some cards give PvP bonuses but drop in a peaceful area. What about a competition, an adrenalin rush?

Plans for the update

Certain cards will be changed. This decision should be taken long ago and fixes are vitally needed for the development of the game, including the implementing of new cards and items, for proper balance.

Powerful bonuses of several cards (Ancient Treant, Destructor, Celestial Sharpsnail at the first place) will be irretrievably reduced. This includes cards currently kept by players or inserted into items: no one will have such a card with old bonuses anymore. Details of changes will be published later. The developers' intention is to preserve a card's value and logic of its work but to remove the imbalance it provides currently.

Bonuses of some cards will be transferred from low-level monsters to more dangerous - in the Puppeteer's Mansion, for example. Cards of this type dropped before the update will keep their current bonuses but will be renamed to "Old…" or "Ancient…" - and cards with new bonuses will drop after the update. This way some cards obtained in PvP locations will become stronger, and Dark Oracle will get its own card at last. Old cards currently dropped there will keep their previous bonuses and will be consequently renamed to "Ancient…", and new cards dropped in future will have new bonuses.

Changed cards are planned to be removed from Collections (owners will get them by in-game mail).

Few removed card bonuses are meant for the Northern Lands. Cards of northern monsters will start to drop only at the second stage of the update, therefore these specific bonuses will be unavailable for some time for new players - but will appear in the game later.

So, cards providing imbalance will be changed without any exception. Cards acceptable for the game but obtained from inappropriate monsters will be kept by older players, but new players will be able to get similar cards in due course - and this way an unbridgeable gap between players' groups will be avoided.


PS Rewards for the Gladiator ranking will be disabled with the first stage of the North update.

Are numbers still being balanced or was the "This is going to be ____ and this card will be _____ " just a general idea of how they will be changed?

What do you mean?

What do you mean?

I read that Ent would be +1 stamina per improve and 12% exp, but it wasn't confirmed. Could it be something else? or is that just a basis you are using to what the actual stats of the card being (maybe it is 15% exp and not 12%)

Oh, I see. The description you mean is not the final decision.

Today is 21st on the 22nd comes the patch

Powerful bonuses of several cards (Ancient Treant, Destructor, Celestial Sharpsnail at the first place) will be irretrievably reduced. This includes cards currently kept by players or inserted into items: no one will have such a card with old bonuses anymore.

Ent is nerfed to everyone.  Old players will keep old cards bonuses in case of some sorta of bonus "transfer" from a low level card to a high level one, if i understood it irght.  I'll post something about this whenever i get a free time. At work right now.

so the mega irex will no loger drop the mega irex card that gives 20% pvp bonus..and this card will get nerf or another monster drop it in a pvp location..

Whenever you think it can not get any worse you can be sure there will be some Update or Event to prove you Wrong.

That beeing said, thats the only Comment I will leave regarding this seeing it costs more Energy to write a pointless Essay about this that it is worth.

The nerf is reasonable, it's known that Ent card is a "must have" in every single build in this game and which other card would be better(more complete)? Let's just expect new card isn't that xp thing it was at ru test server.

As for the rest, the part where old card holders keep their bonuses i have two suggestions:

1 - Instead of making "ancient" or "old" cards just to keep it's bonus,  how about if devs swap the old card to the new card ? Old holders would still keep their bonuses but there would be no confusion with card naming.

2 - Leave the card there and change for it's new bonus and make us all having to drop the reworked ones( players mad in 3,2,1).

Imo, option 1 is the best one. Why am i suggesting this? Well because of this note:  "Cards acceptable for the game but obtained from inappropriate monsters will be kept by older players, but new players will be able to get similar cards in due course".

Lemme give an example, let's imagine this: Bumblebuzz Queen Card.  Current bonus: +15 luck and 75% energy/mana regen.  This fits the description above so it's current bonus would be kept and new dropped cards would have a different bonus. New bonus can be better or worse than the current one and in both scenarios either old or new players would have an advantage. This advantage could be balanced but the different bonus being it worse or better could make a build remain good or the owner would have to change the card to other or even drop the same card again because the build works better with new bonus.

BQ card was just an example, but this can happen to any card in game.

And thank you for the Gladiator ranking thing, this only means we're getting changes there and they are needed.

I do not see why nerf a card boss, if the error was the game itself, put a card as strong as the treant in a weak boss who respawn every 1 hour and 30 minutes, why not put that card into a stronger boss, or improve own boss? but to do what, every day appears something that is disfavoring the time of this server, good luck to the profits

Who's going to face the champion?


So old cards stay the same with different name and new cards have the different effect with the old name, INCLUDING the older regular mob cards like Celest snail?

PS Rewards for the Gladiator ranking will be disabled with the first stage of the North update.

It took so long that I thought it would never be changed. Congratz.

@Rest of the topic

>The card gets nerfed, but the same effect is moved to 'Xsnail' (which is a new mob, just an example).

No one would have "Old" or "Ancient" cards and everyone would have the adapted card. Even if the bonuses are different (From Celestial to Xsnail), the concept will probably be similar so it could be swapped aswell

Few removed card bonuses are meant for the Northern Lands. Cards of northern monsters will start to drop only at the second stage of the update, therefore these specific bonuses will be unavailable for some time for new players - but will appear in the game later.

I hope they dont do the same as they did at solo Manor and share which monters has card and their status...Let us players find out!!

Why second stage of update? i dont get it, we gonna kill mobs and they wont give the card? till the second update? is it going to take a while?

I guess its just an excuse to make the update faster and more proffitable, im not saying that it should be all at once but cards are kinda important u know... if people wants to start make new builds.. enjoy fully the new update...

About the nerfs at some cards i kinda of agree on it. Ent its too easy, can be done by a hunter lvl 50 easy(if he is the only one online because everyones is there each 1:28min). and is it fair to a lvl 50 get a BIS card for all builds?

Destructor aint that easy, but since they nerf his healing and buffed DK it kinda make him even easier, i could tank it when i had gears +9 blue/purple with my SIN!

sharpsnail its ridiculous! such an easy card and so broken, any people who disagrees with me on sharpsnail clearly have never seen an sin with air build hits 6~10k on you, or a DK with that crap...

well idk yet how its going to be their status but ent with that 12% xp and stam its not a nerf its a RIP ent xDD des not that bad but lets wait and see.

OK, so I haven't used the Celestial Sharpsnail card in anything, but with a +3 Luck ,and the 10% chance for the Lightning skill, is it really considered a powerful bonus? I can't see the +3 Luck being a big deal, but is the Lightning skill really that powerful?

it is, with right build it can deal 10k solid damage in pvp.

it is, with right build it can deal 10k solid damage in pvp.

Is that more than can be dealt with a Lightning spell with a similar build? I know the end details aren't finalized for the card changes, so I'm just trying to figure out why an effect card would be changed if it is within the same scope as the regular attack. Curious to see what they plan to change it to. Thanks for the response!

Also tagged with one or more of these keywords: news, coming soon, the north, cards